Nigeria has recorded over 55,000 confirmed cases of the novel coronavirus, according to a late-night tweet from the Nigeria Centre for Disease Control (NCDC) which was released on Sunday.

The health agency revealed that the country’s daily confirmed cases on Sunday stood at 100 with three deaths recorded, moving the tally to 55,005 till date.

The country has so far discharged 43,013 patients from its isolation centres across the country. 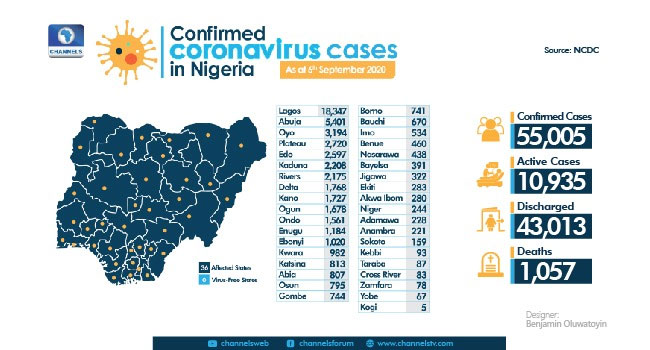 It showed that the new cases were reported in 10 States, with Lagos recording 39 cases, followed by the FCT – 22, Kaduna – 19, Oyo with seven cases.

Ebonyi had six new cases, with Edo recording three, while Katsina, Ekiti, Bauchi and Nasarawa, all had one case reported. 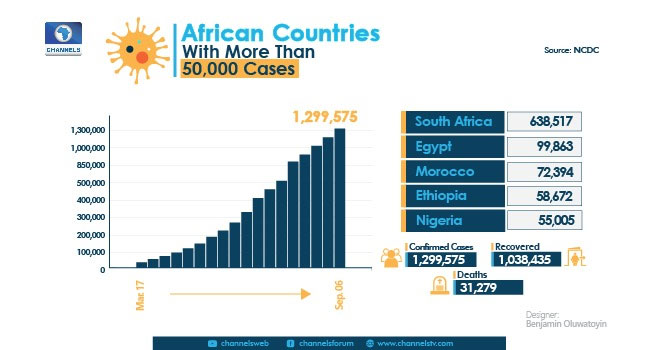 The government said two more people had died after testing positive over the past 28 days, bringing the overall UK toll to 41,551, Europe’s highest. In addition, 2,988 new cases were recorded, significantly higher than the 1,813 registered Saturday.

“The rise in the number of cases that we have seen today is concerning,” said Health Secretary Matt Hancock as Britain digested the highest number of daily cases since 2,959 on May 23.

Hancock said the latest sufferers are predominantly young people but cautioned against behaviour that might allow a spread to the elderly.

Hancock said it was “important that people don’t allow this illness to infect their grandparents and to lead to the sort of problems that we saw earlier in the year” when the health system battled to contain the virus as the toll inexorably rose.

The concern is that increased transmission generally heightens the risk that the virus could get passed on to the elderly and people with underlying health problems. 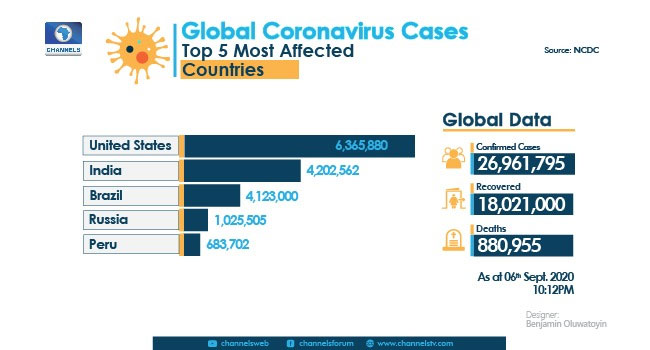 In France, authorities have placed seven more departments covering major cities such as Lille, Strasbourg and Dijon on high alert as increases in Covid-19 infections accelerate, the government said Sunday.

Of France’s 101 mainland and overseas departments, 28 are now considered “red zones” where authorities will be able to impose exceptional measures to slow the number of new coronavirus cases.

The move comes as France reported a record of nearly 9,000 daily cases on Friday and a further 8,550 cases in the past 24 hours on Saturday when the nationwide test positivity rate increased to 4.7 percent.

Paris and the Bouches-du-Rhone department encompassing the southeastern city of Lyon were the first to be placed on high alert by the government on August 14 after infection rates began to climb.

That prompted local officials to require face masks in all public spaces to slow the virus’s spread, in hope of avoiding a spike in cases that could again overwhelm hospitals as autumn approaches.